I thought I'd make another development time breakdown post like I did last time with Touch Treasure. Overall it took nearly a year of occasional evenings and weekends to get Shovel Shuffle to where it is now. 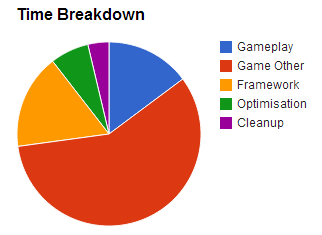 Rather unsurprisingly it didn't take that long to complete the core gameplay. I was able to build on the framework from the last game. The majority of the time was spent writing a UI framework from scratch followed by creating and tweaking each of the UI screens.

I'm hoping on my next game I can spend less time on UI, or rather be able to add more UI screens by spending less time on each one.

I thought it'd be interesting to see how much time I spent as the project grew older. 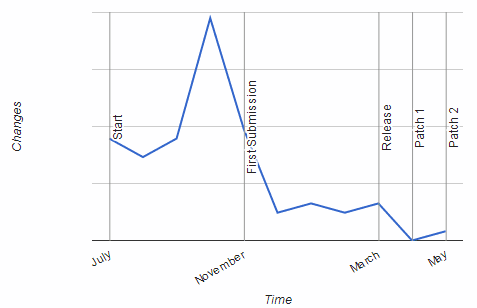 A lot of submission woes with Xperia Z (exact variant unknown), I'm still not sure what was wrong. I'm thinking it was either memory related (differences between Vita and Android garbage collection and/or system API memory usage) or the Android PSM Runtime was silently patched to fix the issue.

I'm currently pondering if my next game should be on SDK 1 or 2. It's a trade off between a larger install base and potential new features exclusive to SDK 2. At the same time I've learnt adding unplanned features (like scoreboards) can be a huge time sink.